Edgar Degas exhibition in Paris at the Musée d’Orsay until February 25th: a rare occasion to enjoy his striking paintings on women and alcohol.2018/2/15

Beyond his famous ballerinas’ paintings, this exhibition is the occasion to discover several of his paintings revealing the toughness of life at the time. 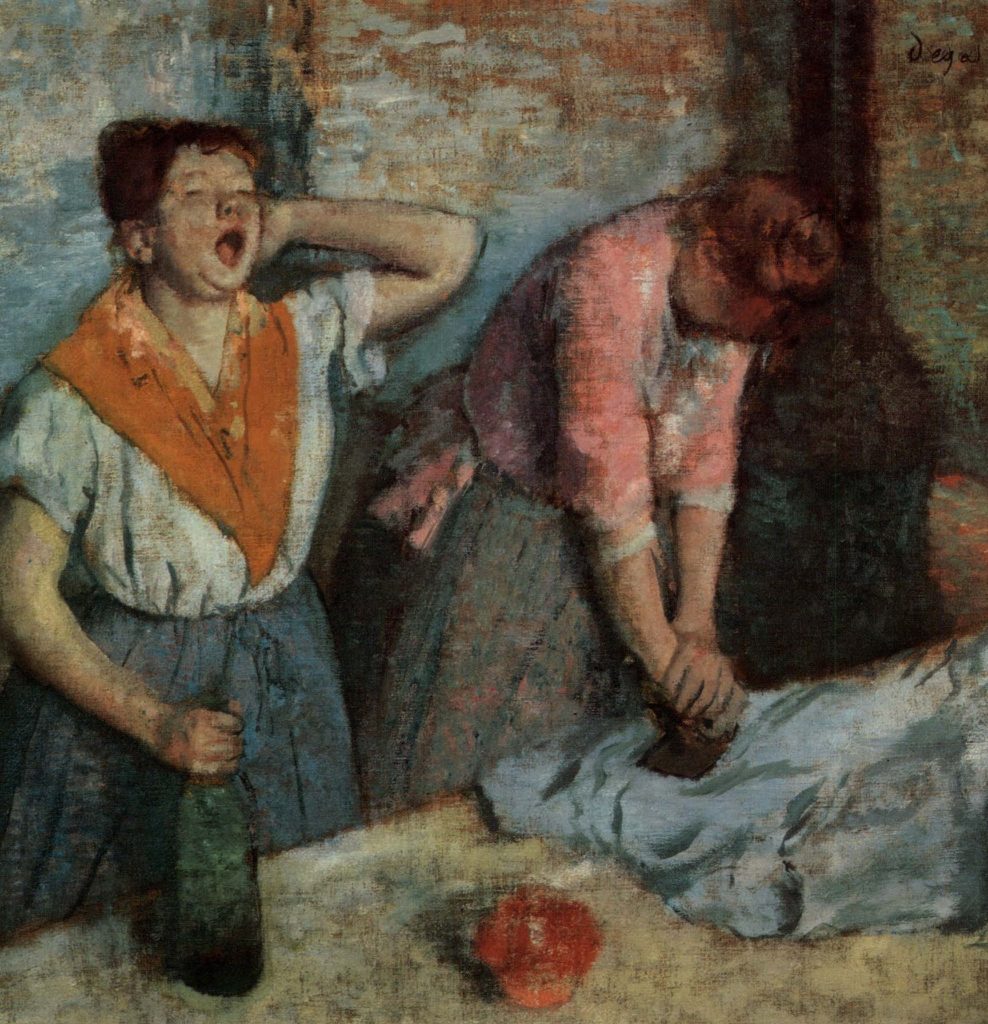 For the 100th anniversary of Edgar Degas death( born Hilaire Germain Edgar de Gas), French painter, sculptor, printmaker and photographer, the Orsay Museum pays him a tribute until February 25th with an exceptionnal exhibition combining sketches, charcoal, pastels & red chalks drawings.
The work is presented along with Paul Valéry text “Degas, Danse, Dessin” who was a closed friend of the artist.
The friendship between Degas and Valéry lasting more than twenty years resulted in an essay published by Editions Vollard in 1937, Degas Danse Dessin. Both intimate and universal, it conveys a poetic, fragmentary image of the painter’s personality and his art, and a kind of meditation on the creative process.

If Degas is well known by a large public for his pictorial representations of young ballerinas, confined interiors or his bronze sculptures, others types of work gained mondial recognition and notoriety.
Among them, those depicting women and alcohol, which have earned the esteem of many historians.

The vast majority of women living in the 19th century in Paris were from very poor backgrounds and were finding comfort in cafés, popular dancing halls of the capital.
There, they could drink without fear of judgement, absinthe and wine. A free attitude magnified by Degas in his compositions. 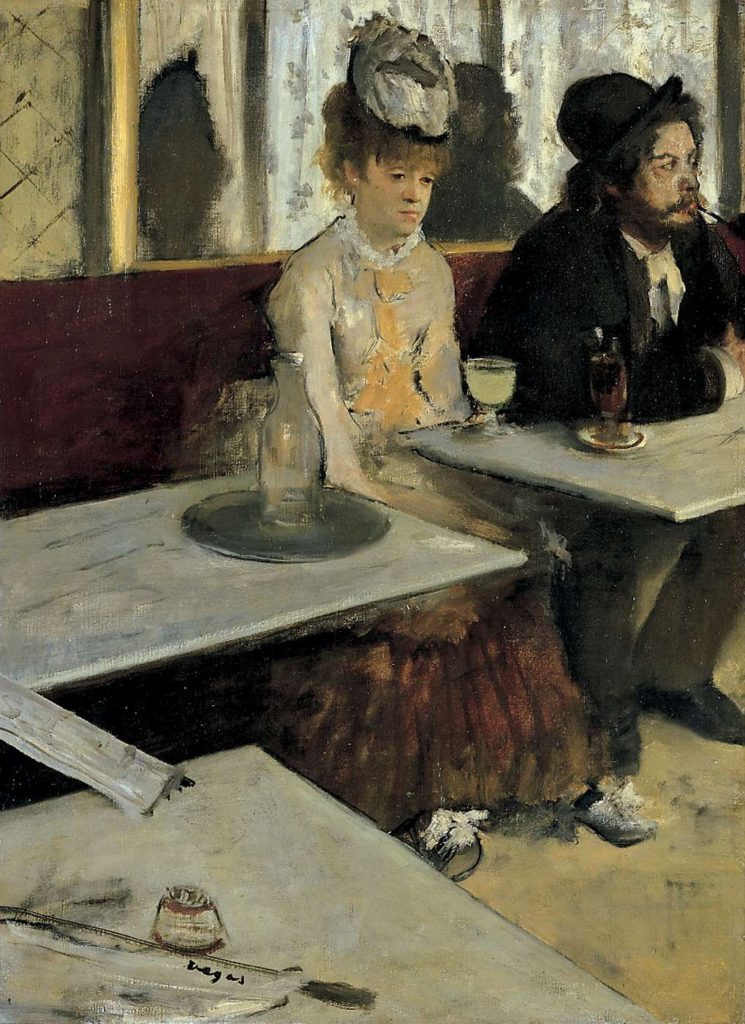 Privileged witness of a fast changing world encompassing strong inegalities and contrasts.
This banker’s son saw Champagne bubbling and endlessly flowing in the National Opera backstage, uper class salons or horse competitions but also captured the despair of an era, and the use of the “green fairy” (refering to absinthe, a liquor made of anise, mint, flowers & leaves extracts) as an anti-depressant and drug for working-class women ( the so-called “grisettes”) loners, milliners and dressmakers.