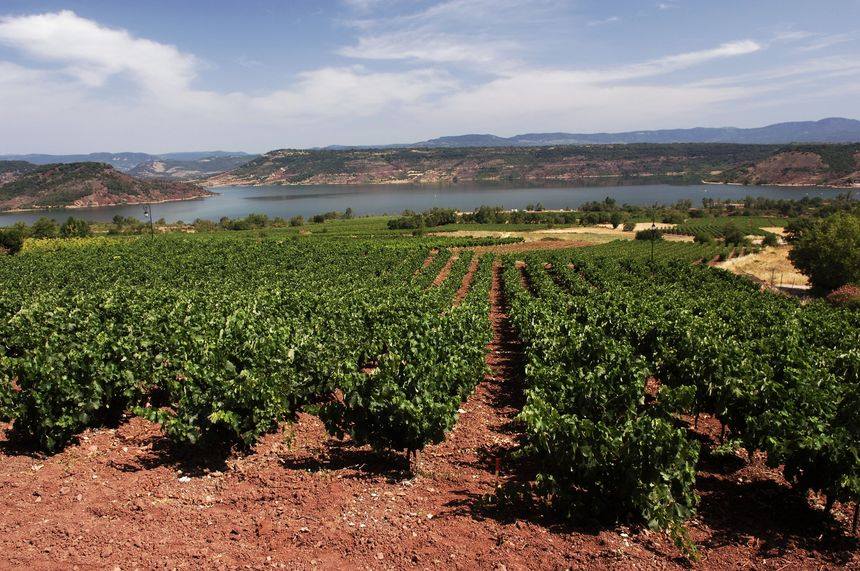 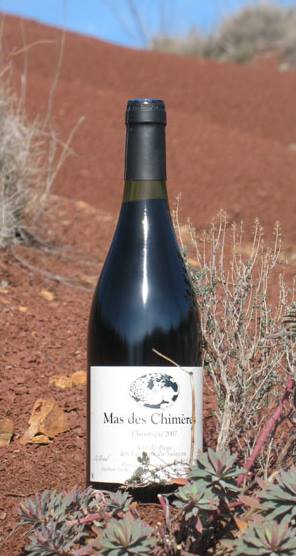 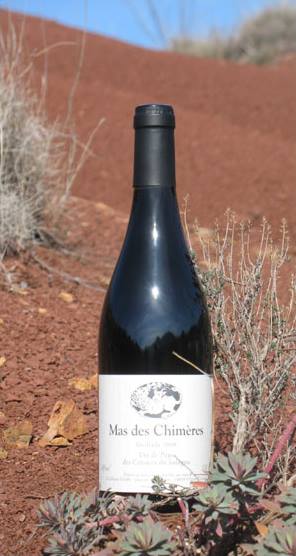 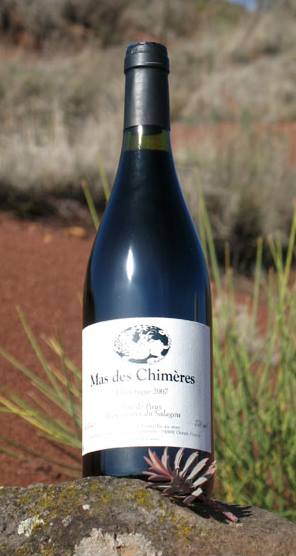 Guilhem Dardé, the winemaker of Mas des Chimères in Octon is a real figure, not only of his village which he never left, but of all the Languedoc winemakers and farmers world. Activist, he fought among other farmers and winemakers for many years against the installation of an open-cast uranium mine in Boscq, a nearby town, and won.

The Dardé family originally settled in the region to work the land in polyculture: ewes, olive trees and vines.
Several generations succeeded each other until the 1960s when breeding was definitely abandoned in favor of the vines. Guilhem Dardé then began working with his father and his uncle from 1974 onwards.
The grapes were then deposited at the cooperative cellar of the village. However, in 1993, he decided to create a special cellar and to vinify his own wines. His wife Palma joined him in 1996, and their daughter in 2008.

One does not fall by chance on the Mas des Chimères:
The estate is at the end of the Salagou road. It is one of the most original and spectacular landscapes in the department of Hérault. The hills are ancient lava flows, rich in oxidized iron salts. The origin of this rock, called Red Ruffe, dates back to the Permian period, a soil that is more than 250 million years old.

The Vines:
The plots are scattered on the commune of Octon. They are found on different soils (basaltic, clayey-sandy). Their ages range from 90 years to 1 year. The oldest ones are in mass selection. The yields are low: on average 25hl / Ha.
The vineyards are conducted without weed killer, pesticide free, chemical free for many years. Certified in Organic Wine and Organic Agriculture by Ecocert.

The grapes are hand-picked which allows to have the grapes sorted in a perfect sanitary condition. The grape arrives in the cellar, stalked and then put into vats, with all the care and attention, trying to intervene as little as possible.

The winemaking is done with indigenous yeasts and without sulfite. The macerations are more or less long according to the grape variety. The sulphite levels are usually very low but sufficient to stabilize the wine.

The red wines are neither glued nor filtered (filtration for rosé and whites).

Philosophy of the wine maker: working in the vineyard requires constant research to improve and enable the terroir to express itself in wine.

Guide vert La Revue du vin de France 2018:
“I really want to put the light today on this cuvée of the Mas des Chimères, an estate located in the Terrasses du Larzac.This cuvée comes from a variety of cinsault, called Oeillade, a grape variety typical of the Languedoc area. And these are very old vines!

The vintage 2016, is already in bottle, the fruit has been caught. Young, it has already a lot of personality, we can already take with this vintage L’oeillade a lot of pleasure. It’s the impact and originality of the fruit that especially delights me, we have a very direct contact with its expression. In the mouth, a great freshness without angulosity, there is no green, the grape arrived at a perfect ripe.

For me, it is a perfection of what Languedoc can do without trying to copy the other regions. We want to drink this cuvée with summer meals, grills … small picnics at dusk … And this cuvée is sold 9 euros to the estate, that is to say the same price, even cheaper than a lot of pretentious rosé wines. And personally I have 100 times more fun with this cuvée.”
Pierre Citerne.
http://www.larvf.com/vin-terrasses-du-larzac-languedoc-mas-…, 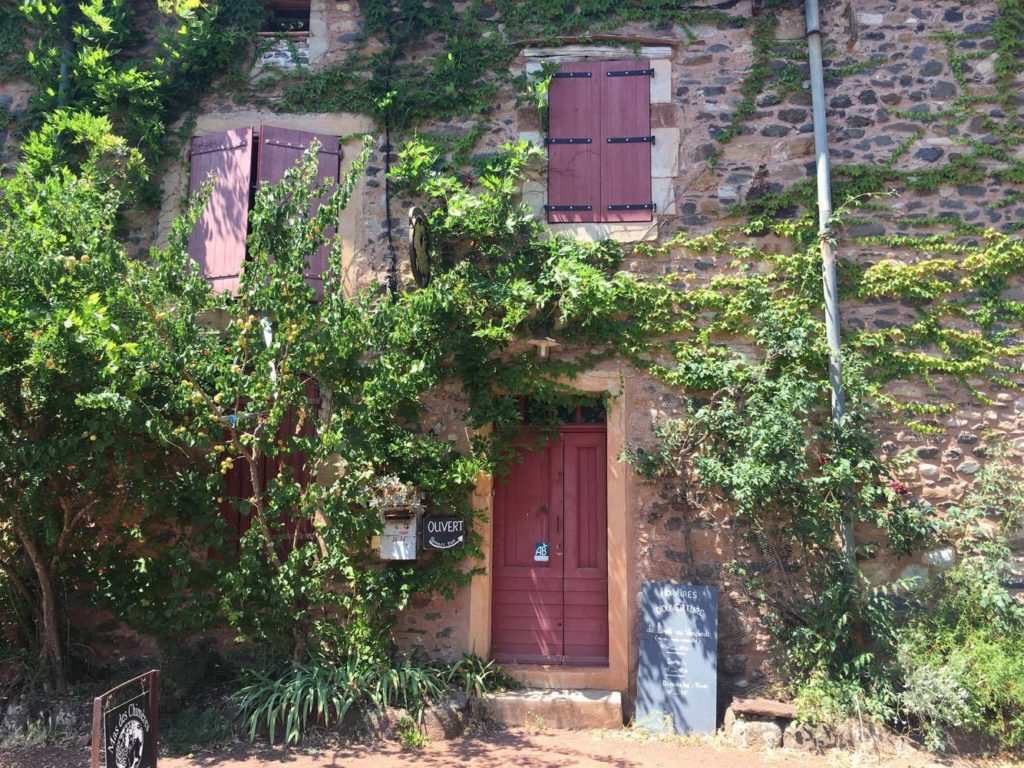 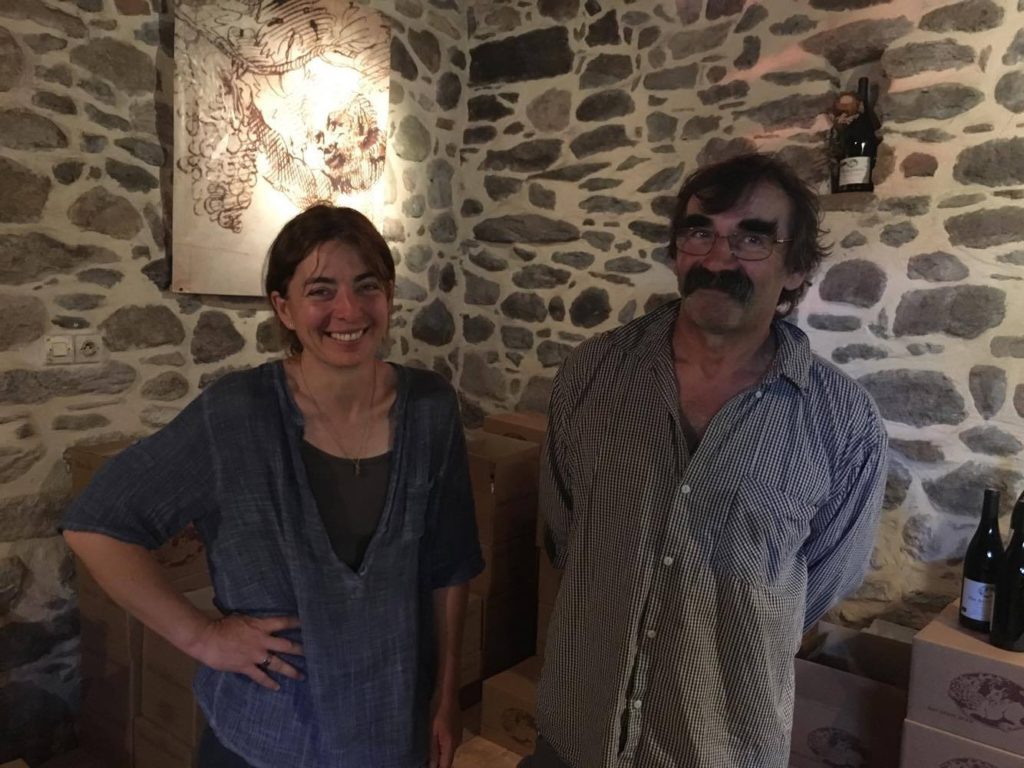