The galette des rois is a cake traditionally shared at Epiphany, on 6 January. It celebrates the arrival of the Three Wise Men in Bethlehem. 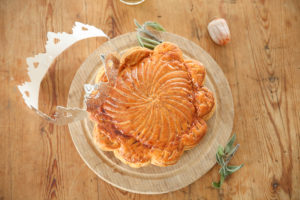 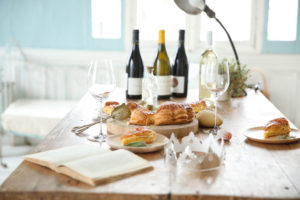 Composed of a puff pastry cake, with a small charm, the fève, hidden inside, it is usually filled with frangipane, a cream made from sweet almonds, butter, eggs and sugar. But more gourmet versions are available for us to enjoy, with chocolate, apple or candied fruits. Every year, the leading French pâtissiers offer exclusive creations for the tradition of crowning the one who finds the fève.

The season of the galette des rois begins on Twelfth Night and ends on Shrove Tuesday but can be celebrated during all month in January.
Celebrated on 6 January, Epiphany corresponds to the moment when the baby Jesus is presented to the Three Wise Men, Melchior, Caspar and Balthazar, who have arrived from the three continents, Asia, Africa and Europe, to give their gifts. Like many Christian festivals, the date of Epiphany corresponds to what was originally a pagan festival. In the past, the Romans celebrated Saturnalia, the festival of the winter solstice, at which a king or queen was chosen for one day, by means of a white or black bean hidden in a cake. 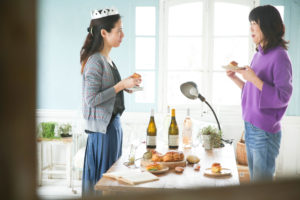 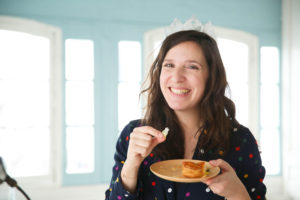 The galette des rois, in its simple version, is a flaky pastry with notches incised across it and browned in the oven. It is usually served with various preparations: frangipane, fruit, chocolate, cream, etc. The one the French like most is filled with frangipane, a cream made from sweet almonds, butter, eggs and sugar. It is said to have been invented by a Florentine nobleman, the Marquis of Frangipani, several centuries ago. 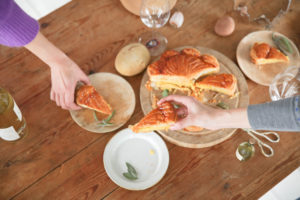 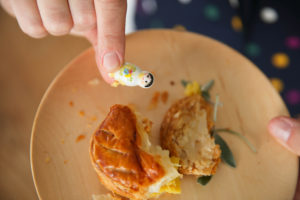 In the past, the pastry would be cut into as many portions as there were guests, plus one. The last one, called the “part du pauvre” or poor man’s share, was for the first poor person who stopped by the house. In the south of France, the traditional dessert is not a puff pastry but a brioche with fruit, also containing a fève, and known as the gâteau des rois. It is made from a sweet brioche dough flavoured with orange flower essence, shaped into a crown, with pieces of red fruit and sugar on top. They even played “find the king” at the table of Louis XIV. The ladies of the court who found the fève became queens of France for a day and could ask the king to grant them a wish called “grâces et gentillesse”. But the Sun King, Louis XIV, was to abolish this custom.

In the 18th century, the fève was a porcelain figurine representing the nativity and characters from the crib. Nowadays there is a wide range of different fèves which are much sought-after by collectors. The family tradition is for everyone to gather together to cut the famous cake. The youngest child goes under the table and points out the guests, who are then given their portion of the cake. A cardboard crown is supplied with the cake. The one who finds the fève is crowned and chooses his or her queen or king.