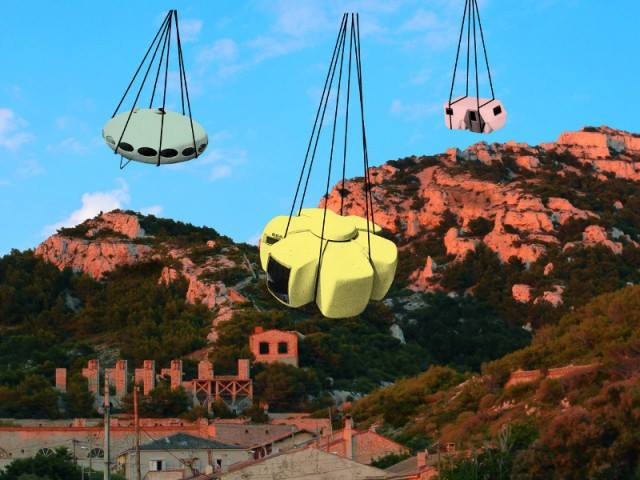 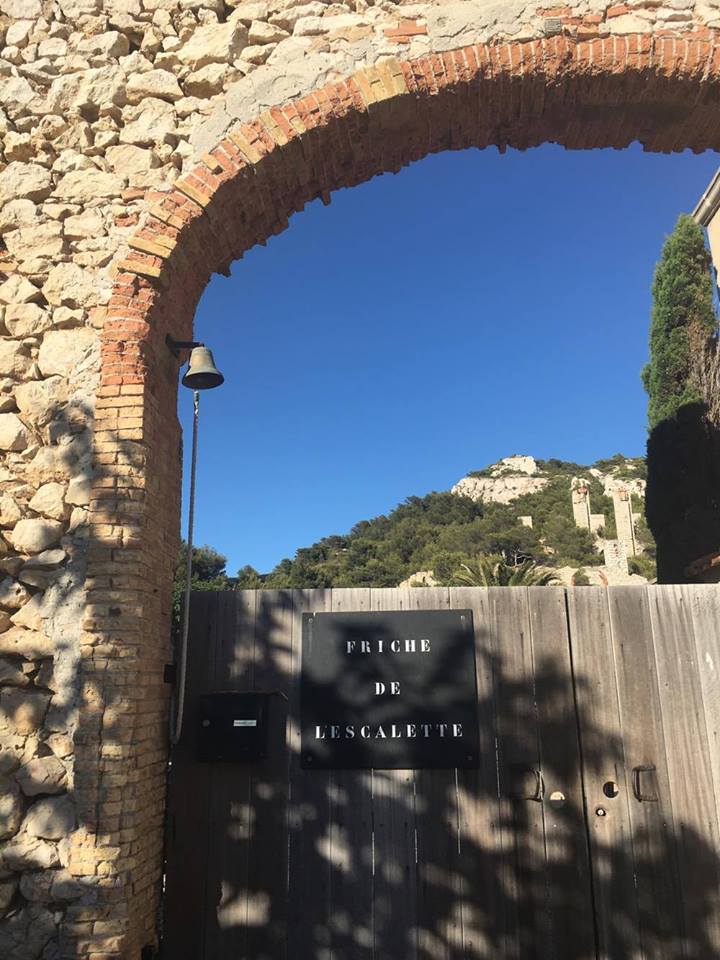 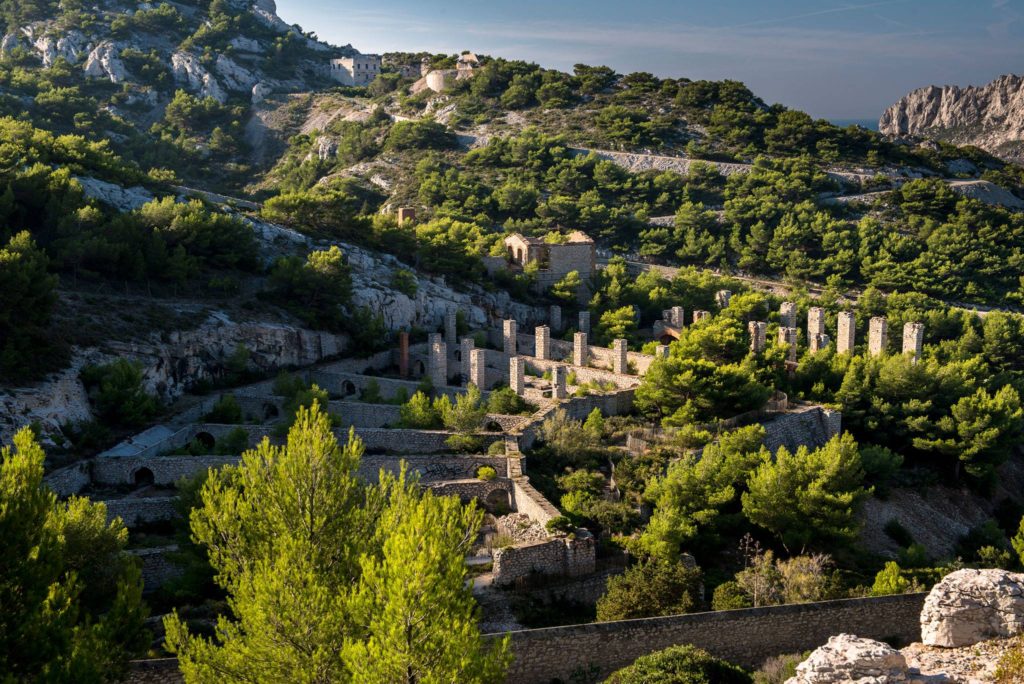 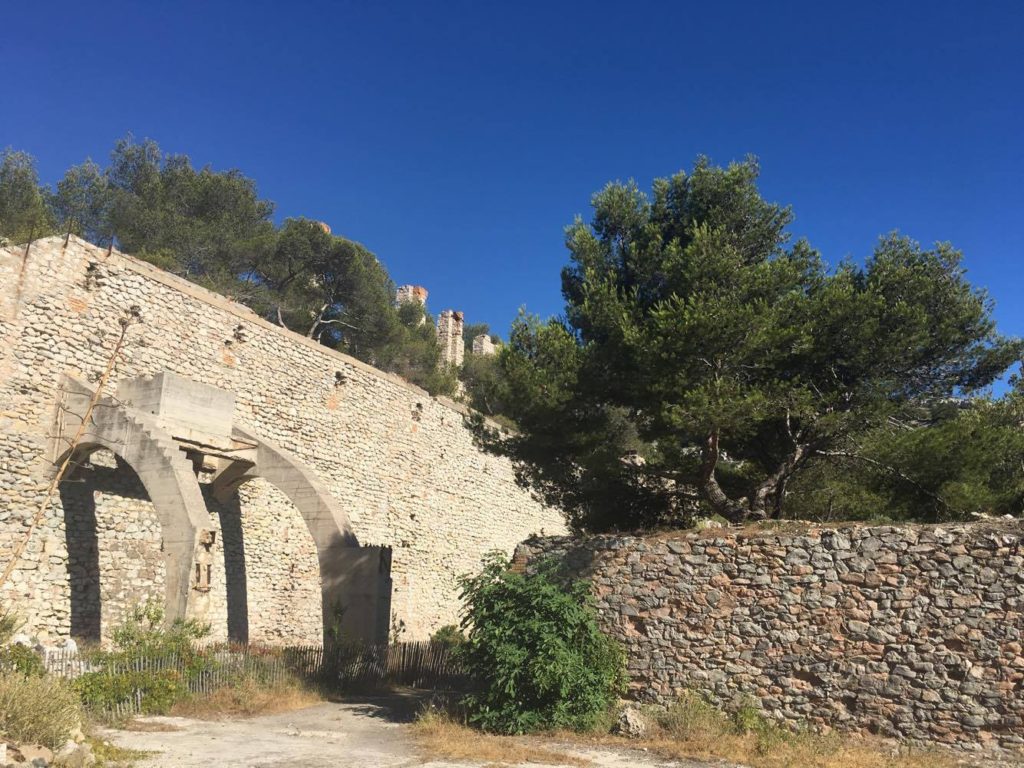 The Friche de l’Escalette recycles the ruins of an old lead factory that worked from 1851 to 1925. An industrial heritage landmark, its superb natural site on the rugged coast south of Marseilles is now part of the Parc National des Calanques.

A modern and contemporary sculpture and lightweight architecture display for visits by small groups led by a guide is being laid out there. The itinerary salutes the vernacular “cabanon”- the holiday-weekender, and will cover the period running from Jean Prouvé to the plastic utopias of the 60s and 70s.

Éric Touchaleaume, a Parisian galerist, is a fervent supporter of the modernist heritage in danger. In 2007, he sold his gallery of 54 Rue Mazarine in Paris for the Hotel Martel in Mallet-Steven, the apartment of the sculptor Jan Martel, occupying the second and third floor which he restored, then the vast Atelier Martel of the ground- floor.
In love with the city of Marseille he bought in 2011 the Friche de l’Escalette, to create this project unpublished.

For its second summer exhibition, Architecture-Art-Ameublement, the Friche de l’Escalette presents from July 1 to September 30, 2017, “Plastic Utopia”, original plastic bubbles scattered in the ruins of the old lead factory.
These are rare testimonies of futuristic plastic habitats, from the late sixties to the early seventies, whose faded out with the oil crisis of 1973.

To discover : The Hexacube of Georges Candilis (1913-1995) and Anja Blomstedt (1937), of 1972. This talented collaborator of Le Corbusier ( particularly their collabration, for five years, on the site of the Cité Radieuse of Marseille) is the creator of the holiday villages. Inspired by his native Greece, Port-Leucate and Port-Barcarès, between 1964 and 1972, now classified as Historic Monuments.

Since the site is under a conservation order, the sculpture and architecture park, will have minimum impact on the poetic dimension of the rocky coastal terrain.
It will evolve slowly with each summer, inviting a discerning public to follow its organic growth year by year. 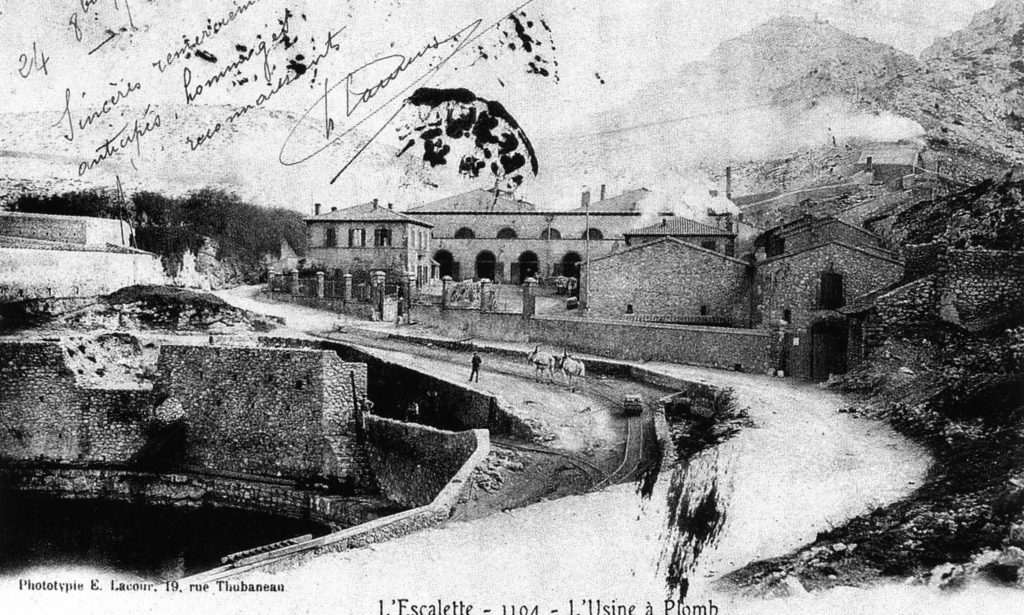 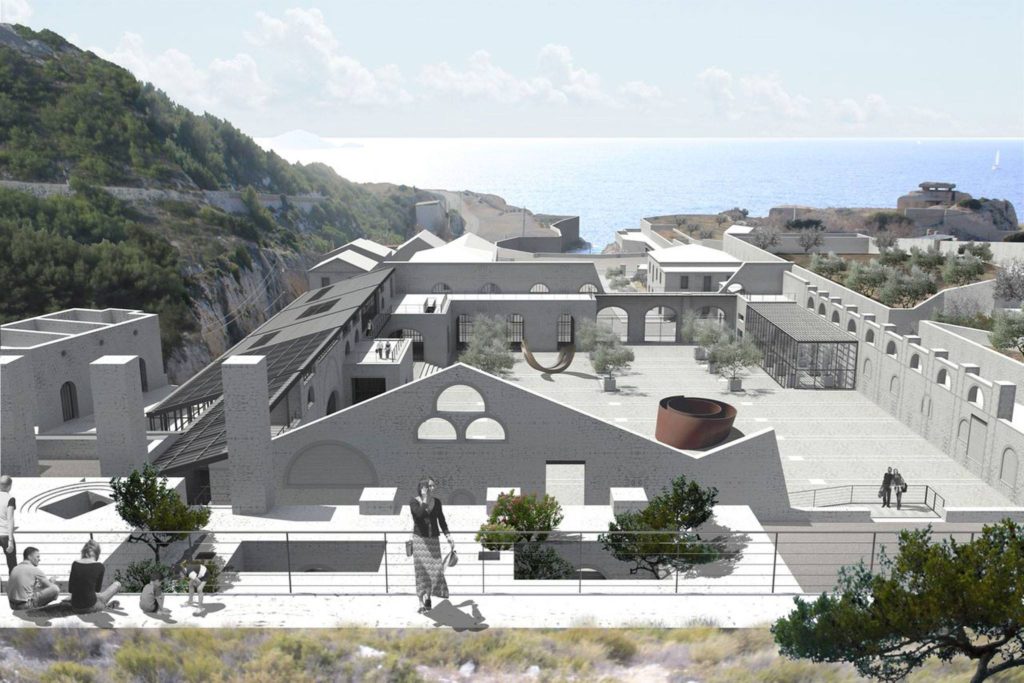 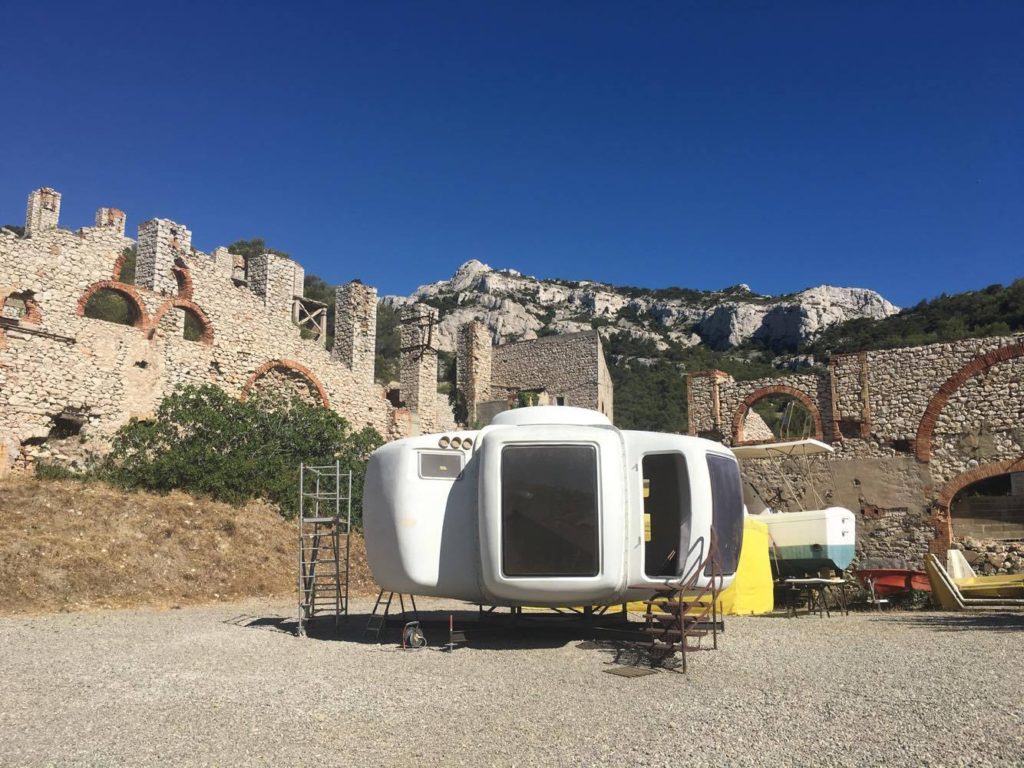 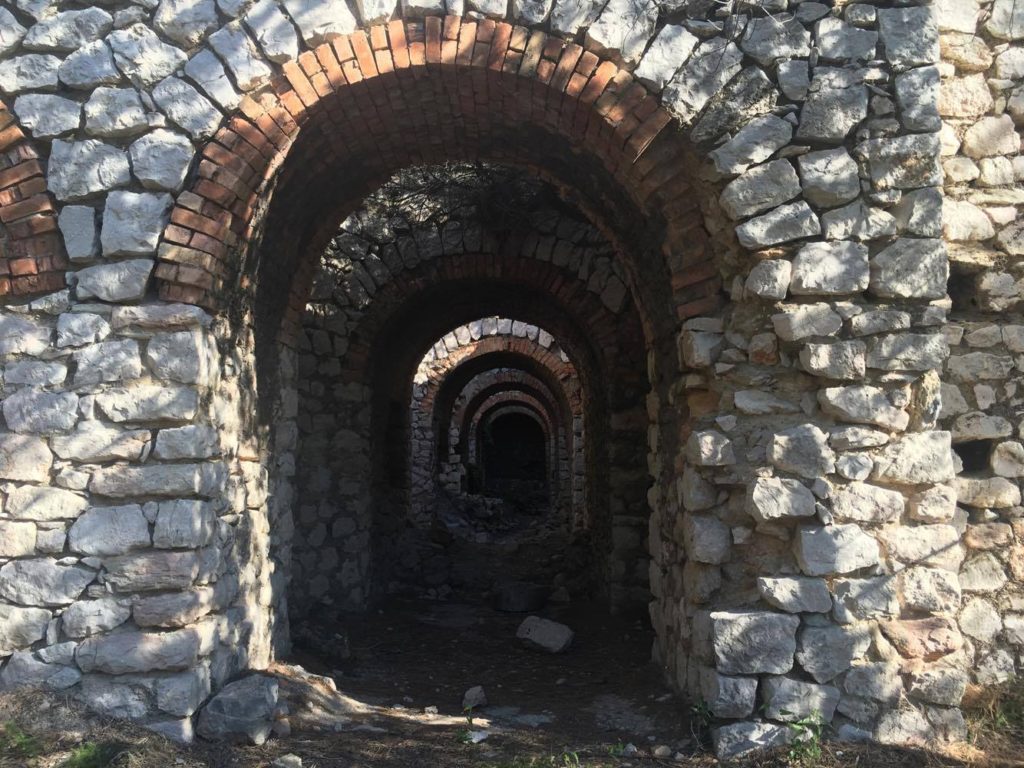 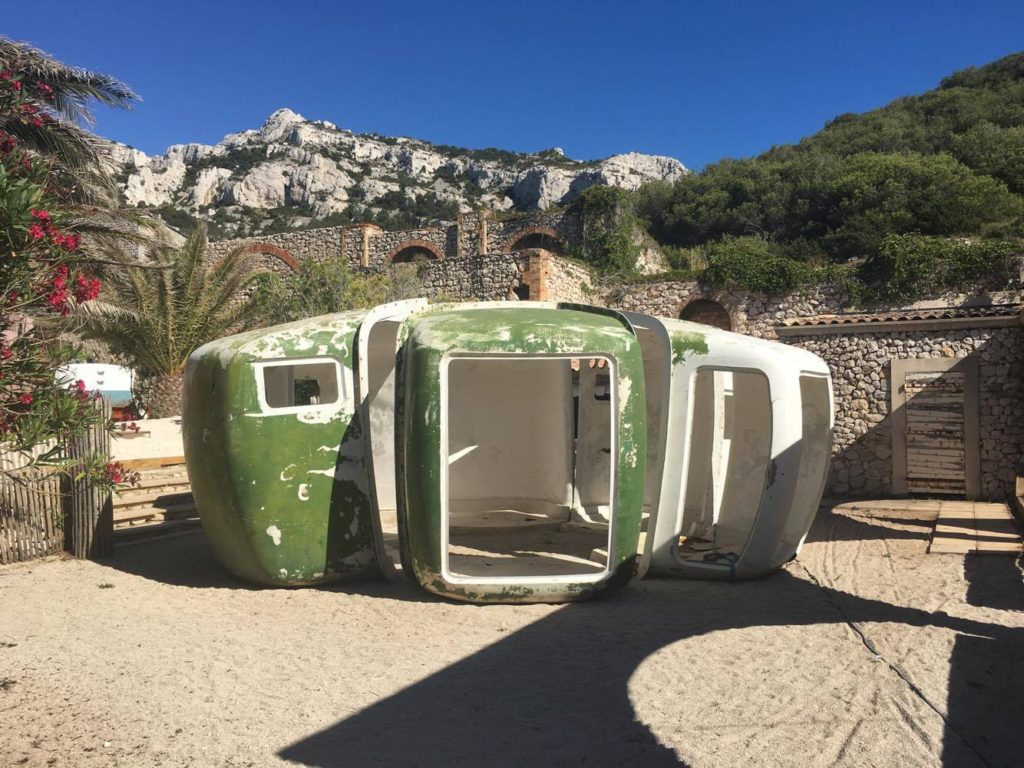 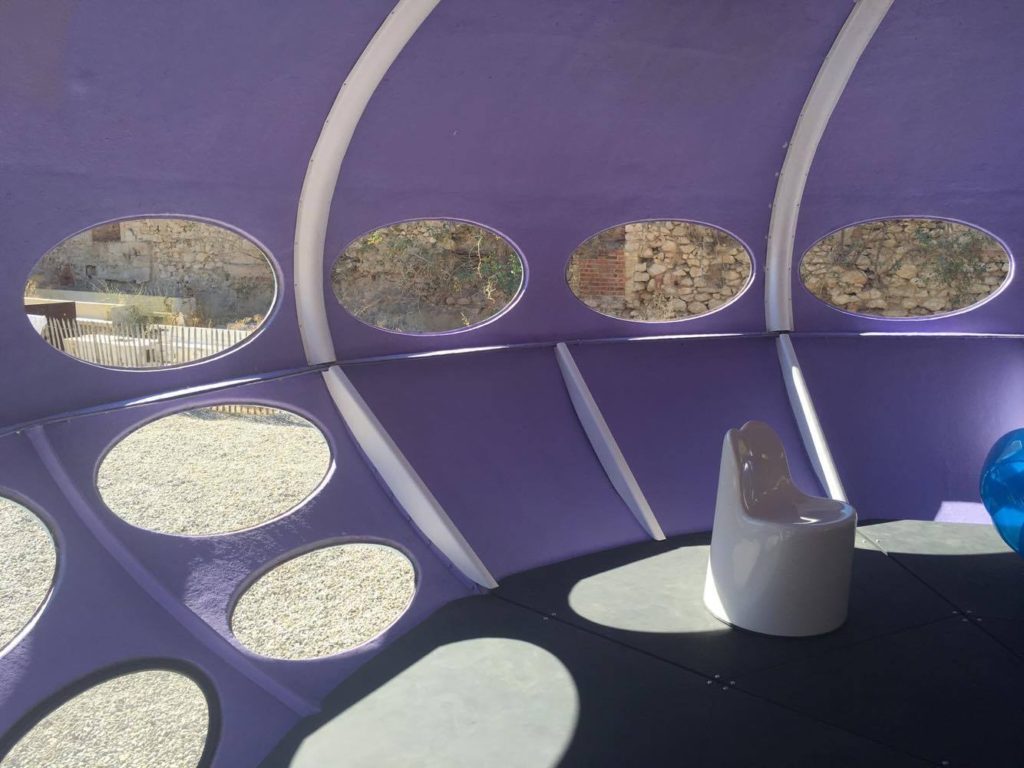 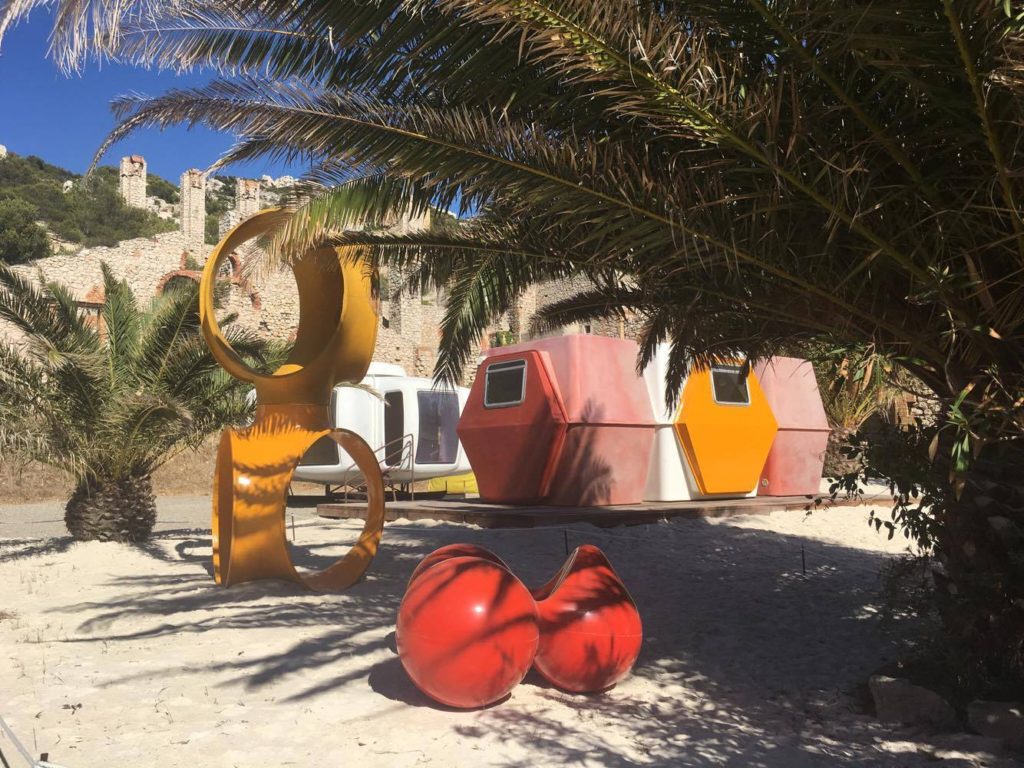 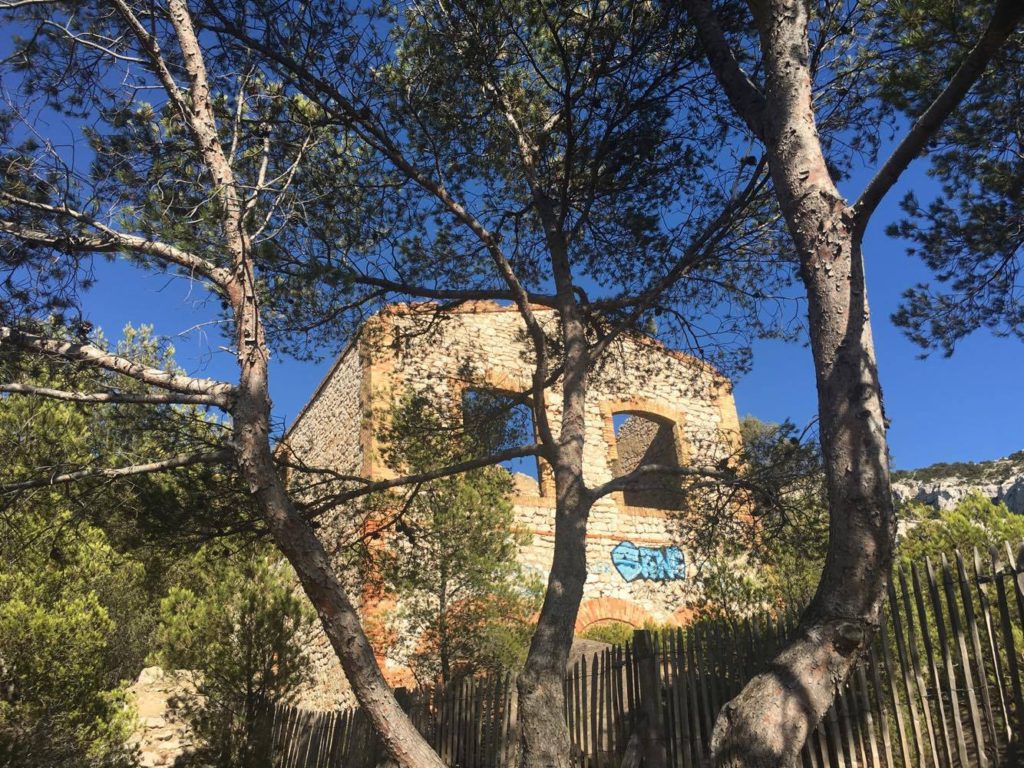 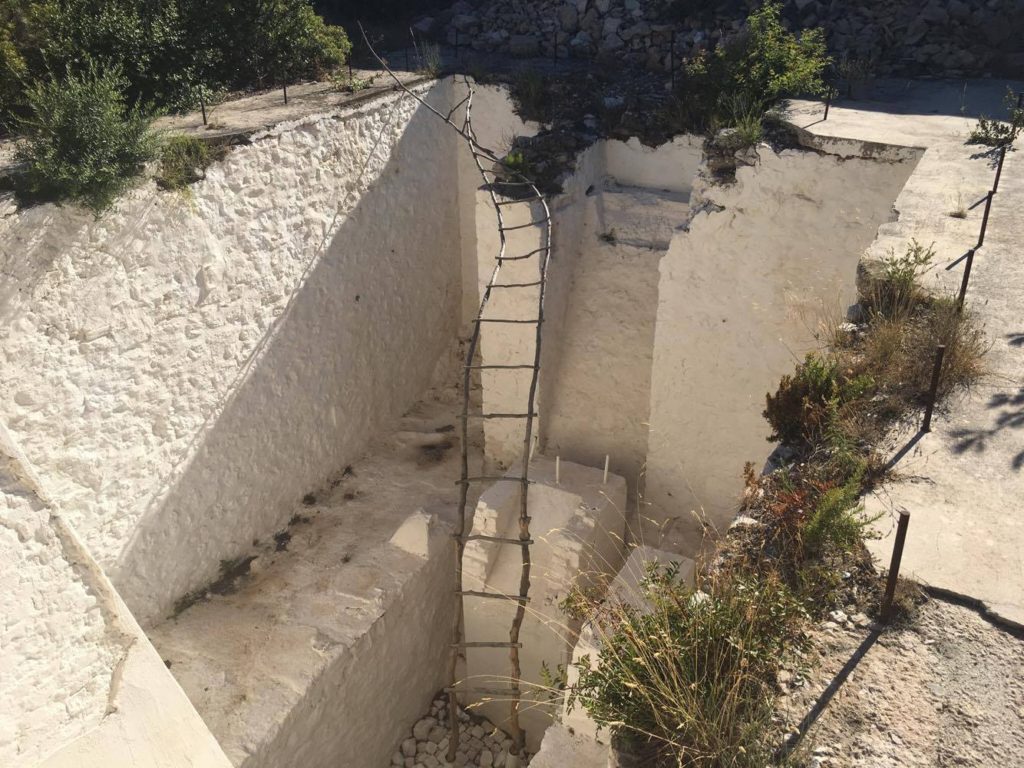 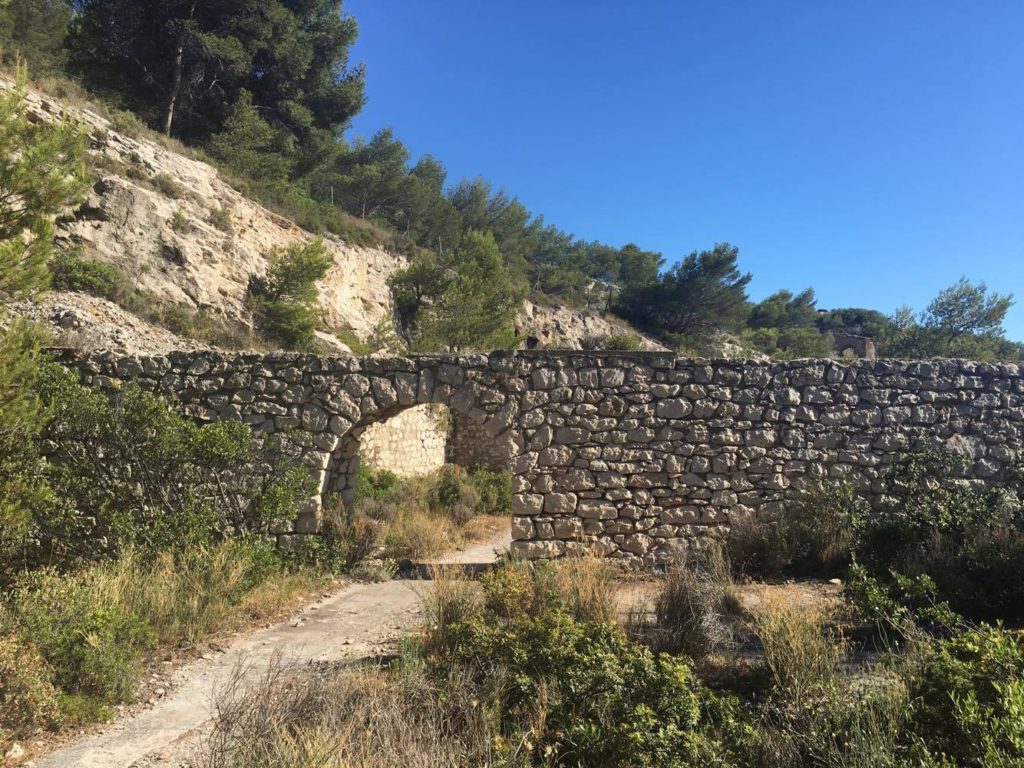 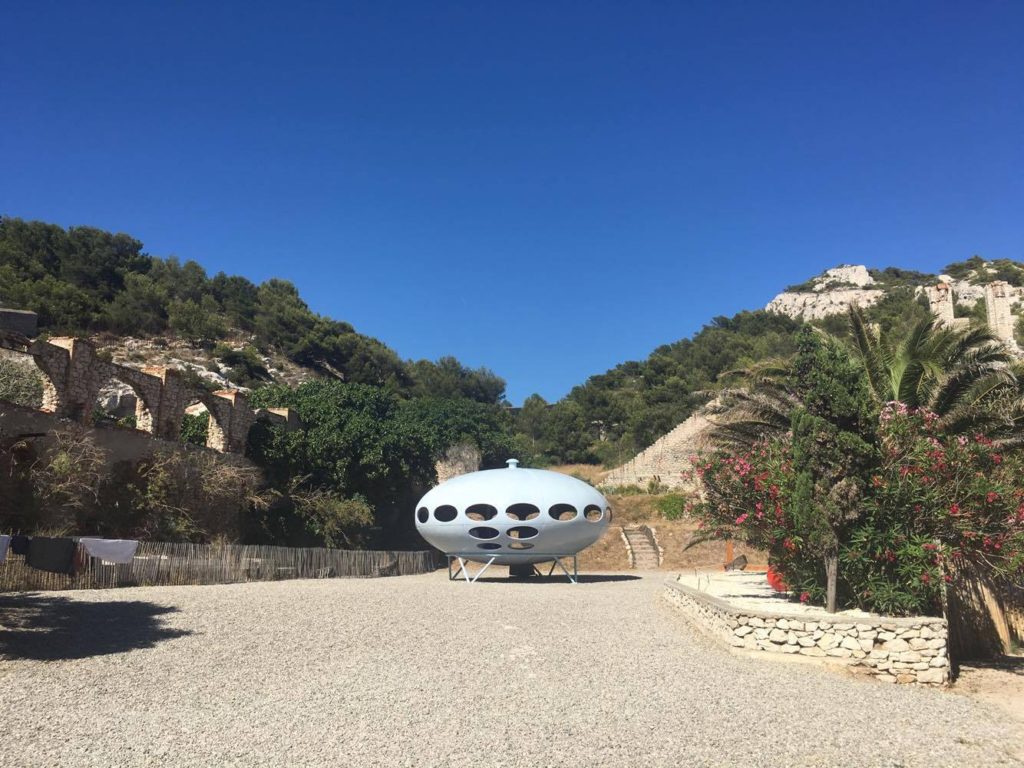 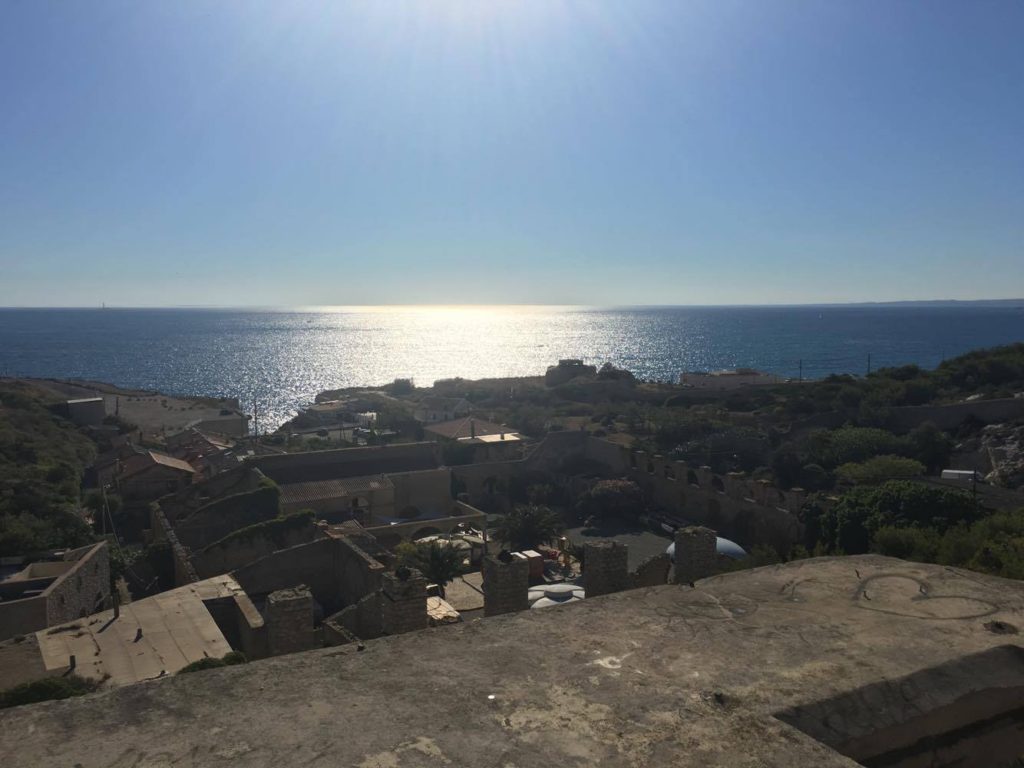