Poulpe,Octopus,Tako,Cephalopode- The story of a famous Provence dish-2017/11/16

Poulpe,Octopus,Tako,Cephalopode- The story of a famous Provence dish- 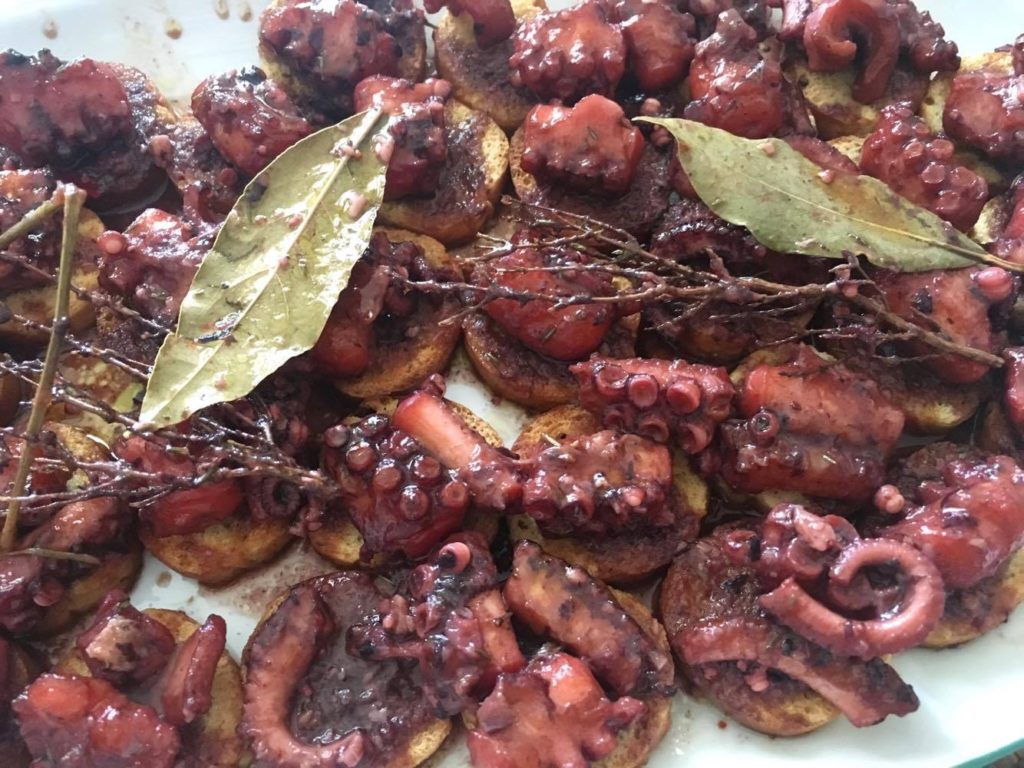 Where does the name ‘poulpe’ come from? At the beginning of the sixteenth century, this word meant a polyp of the nose (stern), so nothing to do with an octopode! But … shortly after, the word was taken up in zoology, according to Provençal ancient “poupre”, from the Latin “polypus”. The word “pieuvre” also comes from the Latin polypus. It is a more recent word than ‘poulpe’. It is Victor Hugo who introduced it in the French language (see his novel ‘Workers of the sea’), the word being borrowed from the vocabulary of Anglo-Norman islands fishermen (Guernsey in particular).
Phoenicians use octopus in art, for the Greeks it is a symbol of ruse, they also discovered the tincture “pourpre”.
There may be a link between the Kraken, the creature of Poseidon and Perseus, who kills him after cutting off the head of the gorgon Medusa. Medusa being assured of her immortality, by the lightning of her eyes. Perseus won the battle with his shield and sword.

Back to the scents of the kitchen!
It’s very common for a foreigner in Japan to be asked if they eat octopus in their homeland.
Looking closely in the plates of South of France you will find many ways to eat it!
Octopus salad, “Daube de poulpe”(octopus stew), grilled. Seasoned with garlic, parsley, wine..
But what’s best than a grandma recipe!
Here is Jo’s recipe, italian from Piemonte who came to live with her family in Provence when she was 6.
Simplicity at its best! The octopus is cooked in olive oil, garlic, pepper, espelette spice, thyme, rosemary, fenel, laurel. Add water and let it cooked on a low fire for an hour. Delicious with aioli(a Provencal dish made of mayonnaise and garlic and served with boiled vegetables) or simply on some grilled bread or potatoes. To pair with a rose or a white Coteaux d’Aix! 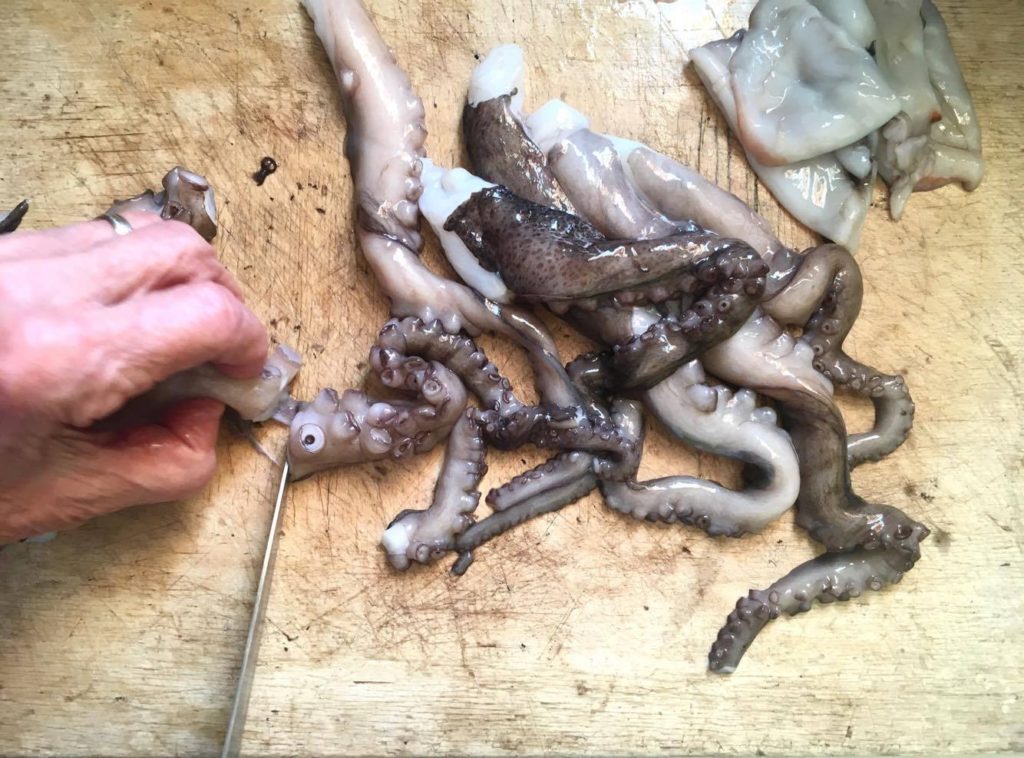 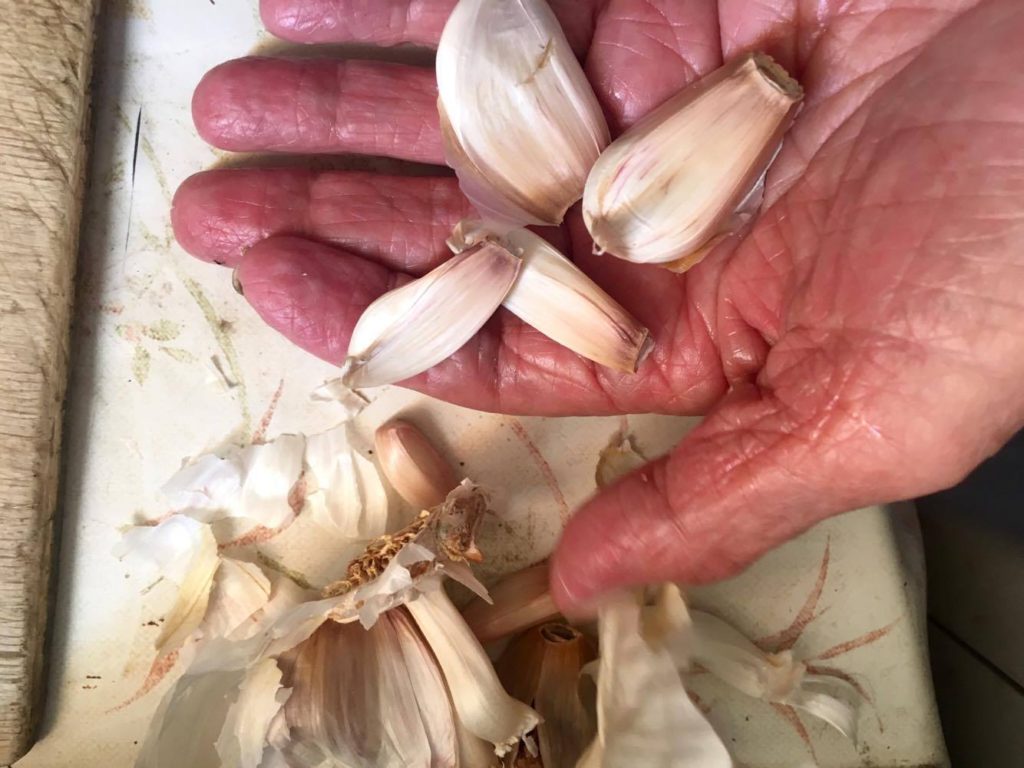 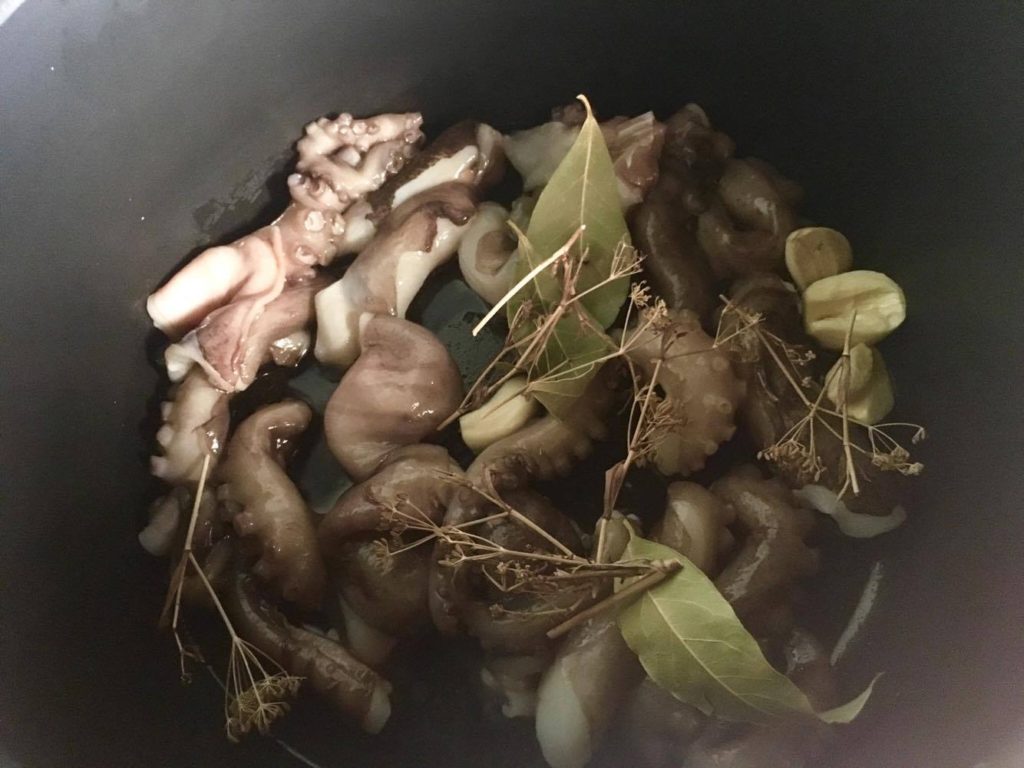 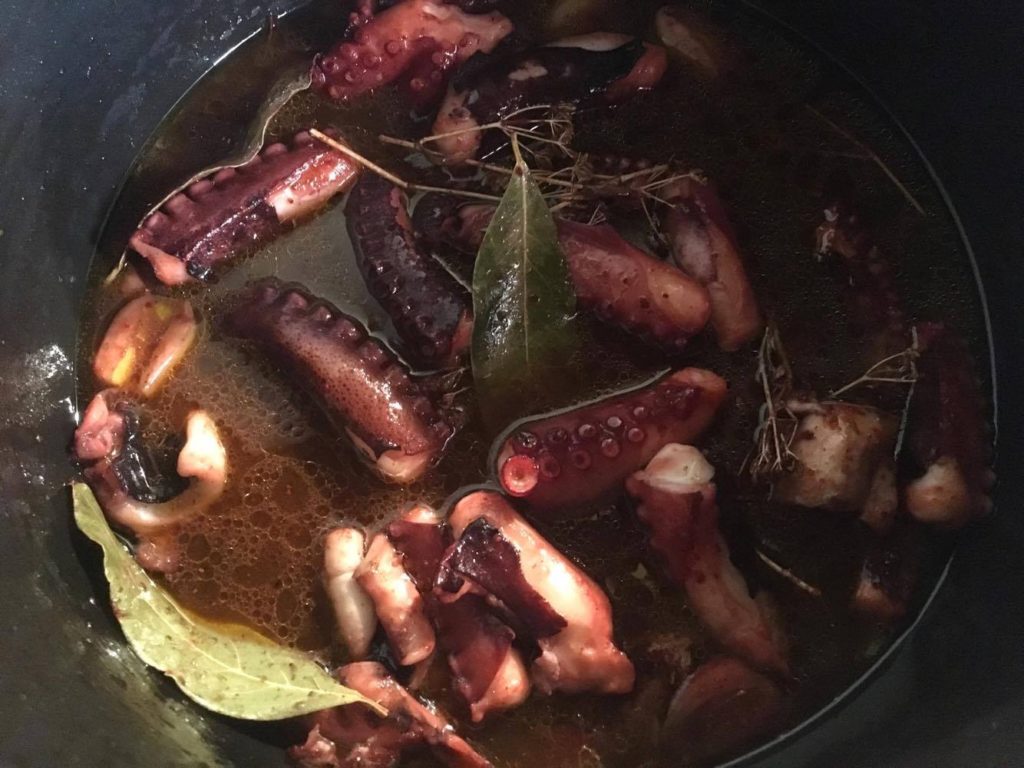 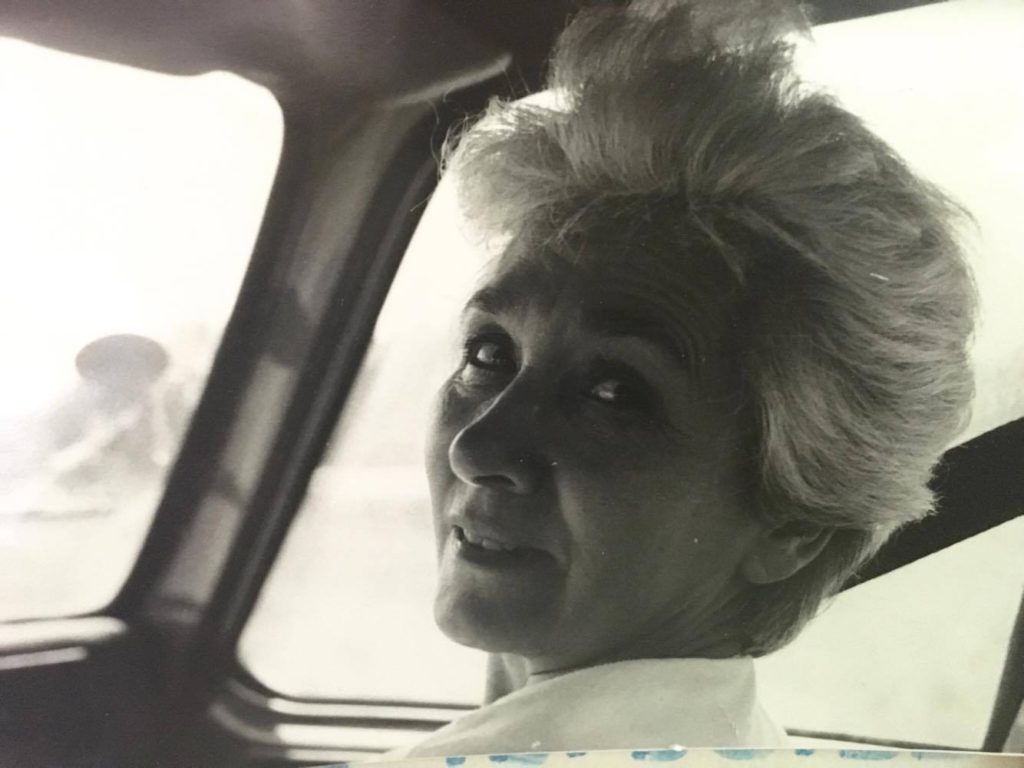