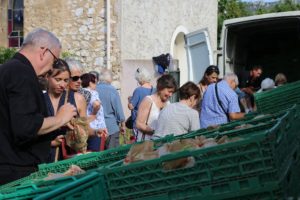 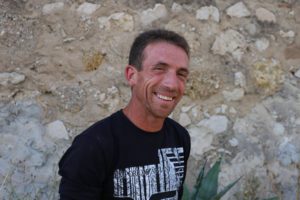 “Les paniers Marseillais” is a social network association of consumer and user organised in solidarity based partnership with local organic farmers.

The historic starting point for this approach takes its roots in the 1960s, in Japan, where mothers of families worried about the consequences of the intensification of agriculture, and had the feeling of poisoning their children by feeding them. They then decided to regroup and sign a contract with a farmer: in exchange for the purchase guarantee of all his production in advance, the farmer commited to cultivate without chemicals. Thus was born the first “Teikei”, which can be translated as “put the face of the farmer on the food”.
The first efforts of the Teikei were coordinated by the Japanese Association of Organic Agriculture (JOAA, established in 1971) and the Foundation for International Research on Natural Agriculture.

At the same time in Europe (Germany, Austria, and Switzerland), community experiments based on the same principle developed.

In 1985, the concept was imported from Europe to the United States and changed its name to CSA “Community Supported Agriculture”. These projects emerged in the New York region as a means of addressing the significant decline in the number of farmers and the difficulty of accessing low-income populations to quality food.

The CSAs developed and spread to Canada, before crossing the Atlantic again to settle in Britain.

As early as 2000, Daniel Vuillon envisaged the creation of AMAP (see article of January 2000 published in the Garden Gazette).

In 2001, following a trip to the United States during which they discovered the CSA, the Vuillon farmers, on the outskirts of Toulon (83), decided to launch the first AMAP (Association for the Maintenance of Peasant Agriculture) in France. This experience has enabled them to maintain their activity in a region that has lost 15 000 farms, especially among small ones, in a period of 5 years, one third of its workforce.
Today, the phenomenon continues to spread:
Northern Europe, Hungary, Ghana, Australia, New Zealand …

“Les paniers Marseillais” difference with AMAP is that they are exclusive partnership with farmers following organic precepts or in reconversion.
Their goal is to promote access to organic food and ecological products for the largest number of people by establishing short circuits and direct partnerships between producers and consumers. Being a place of reflection and action concerning the environment, food and health.

Today we met the Péré family selling directly their baskets every week to 11 areas in Marseille and coming from their farm certified by eco-cert in Saint Gilles near Arles city. 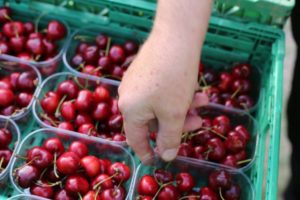 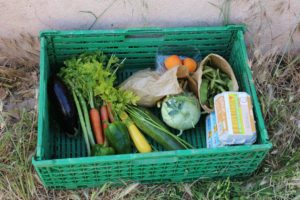 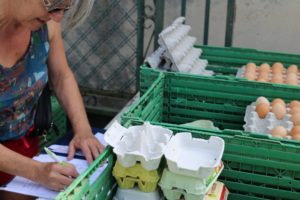 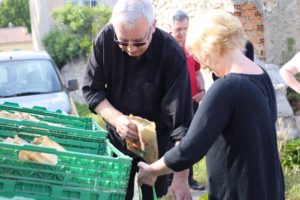 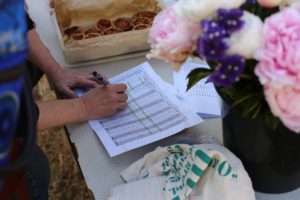 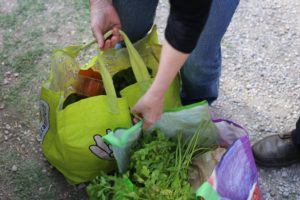